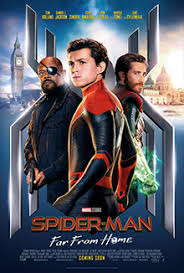 Spider-Man: Far From Home is officially the first and only Spider-Man film to earn a billion dollars at the worldwide box office. This is a major achievement for Sony, as Spider-Man is really its biggest franchise, and it’s also further proof of the power of this cinematic friendship between Sony and Marvel.

If I’m correct, Far From Home marks the end of the Sony/Marvel deal that started a few years ago, and renegotiations are probably underway already or have been discussed. I’m guessing that once a deal is struck (and I would assume a deal will be struck after the successes of Far From Home and Avengers: Endgame), we will likely see a Spider-Man 3 in Phase 4. Sony will not want to sit on this, and it would make sense not to see anything of a third Spider-Man film mentioned at the Comic-Con panel until all the signatures are in place.

There’s a couple reasons this Spider-Man was finally the one to do it. First, the Tom Holland Spider-Man has been very popular, and Far From Home is his fifth appearance in the MCU, so we’ve been with him awhile. The reviews for Far From Home have been quite good, and are coming off a successful Homecoming and a Best Animated Feature Oscar for Spider-Man: Into the Spider-Verse, so the brand name is strong.

Then there’s the Avengers: Endgame hanging over it all. A film like Endgame left us wanting to know what comes next, and it was handled quite well in Far From Home. 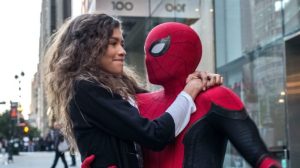 So yes, here’s hoping that we will see more Spider-Man in the MCU after this major achievement. So what do you think? Have you seen Spider-Man: Far From Home? What did you think? Let me know/Drop a comment below!