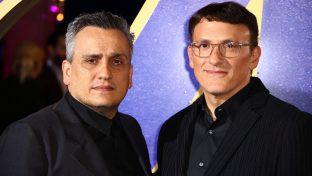 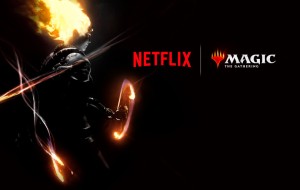 Anthony and Joe Russo had a panel at Comic-Con this week where they discussed a multitude of topics, of course some of it centered on Avengers: Endgame, but surprisingly, we got some insights on other projects they’ve been working on, including the upcoming Netflix animated Magic: The Gathering series.

The two talked about how Magic had an impact on their youth (something we share), which is great to hear that this is more than a payday for them and they likely have some passionate ideas on where to take it.

There was also talk that the animated series could potentially spin-off into live-action. Not much more was elaborated, but I’ve always felt that, while the series makes sense as an animated one, I would love to see a crack at live-action with a Game of Thrones or The Witcher vibe to it. There’s so much content to pick and choose from with Magic: The Gathering that I feel would be very easily translatable into either a live-action or animated format, but the idea that they are playing with all options is very cool.

So what do you think? Does Magic: The Gathering work better as live-action or animated? Let me know/Drop a comment below!

Okay, so the biggies of Comic-Con definitely didn’t disappoint, but I want to take a minute to discuss Steven Spielberg’s new film Ready Player One, based on the novel from Ernest Cline.

I had zero expectation for the film outside of Spielberg’s name. I’ve never read the novel. I have no knowledge to go on for excitement level.

Then, the trailer happened.

This thing is crazy. I don’t even really know what to think except that I saw a DeLorean, Freddy Krueger, and The Iron Giant, who apparently plays a big part in the film. It’s one big nostalgic love letter to creatives, and I don’t understand it. Yet.

In the capable hands of Spielberg, I feel comfortable and ecstatic. The film, due out in March, follows Wade Watts, a kid searching for a big prize hidden in a MMO video game, and it sounds to be full of action, twists and turns, and hopefully some heart given what we’ve seen from the initial trailer. I’m really stoked.

Check out the trailer below and let me know what you think? Are you excited for Ready Player One? What sort of nostalgia do you think will pop up? Let me know/drop a comment below! 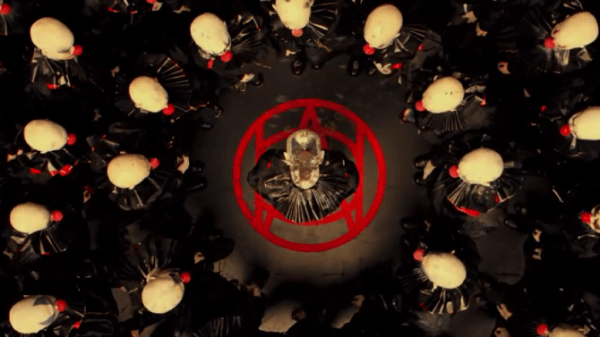 I’ve been off the AHS bandwagon for a few years. It isn’t like I want to be, but living in this day and age with all the television exposure, there just isn’t enough time to see it all. I adored the first season of the horror series but just didn’t get to the rest.

But the series is still a hit with fans, and at San Diego Comic-Con, we have now learned that Season 7 is American Horror Story: Cult. I love that the series makes a big deal about its newest story, although I think they dropped the ball last year by introducing all sorts of possibilities and then revealing. I feel like many viewers got their hopes up for one idea only to learn that it wasn’t the theme.

But still, you can’t blame the show for its spectacle, and Cult seems to be an interesting direction. We had also previously heard that the season had something to do with the 2016 Presidential Election. I’m also happy to learn that, though the series is an anthology, we still get connective tissue creating a universe of possibilities with fan-favorite characters.

Overall, I’m ecstatic to learn of this news, and I cannot wait to experience this season. You know, when I finish all the other ones.

Colin Trevorrow gained wide acclaim for capturing Jurassic World so well for the 2015 sequel to the mega-franchise started in 1993. It seems that the fates may be aligned to move him to another even bigger franchise as rumors have been circulating his helming of Star Wars: Episode IX. We already have J.J. Abrams on Episode VII, Gareth Edwards on Rogue One, Rian Johnston on Episode VIII, Phil Lord and Chris Miller on the as-yet untitled Han Solo Anthology film, so adding Trevorrow to the mix seems like an exciting endeavor. With the recent news of Ben Affleck directing the standalone The Batman film, this has been a crazy week for projects on the convention floor at Comic-Con.

I’m excited by the possible inclusion of Trevorrow to the Star Wars Team. What worries me is that his Jurassic World was tonally very different than Jurassic Park, so I worry he may not be able to connect tonally to Episode IX. It’s a small worry, however, because I trust Kathleen Kennedy’s judgment thus far, so I’m interested to see the final announcement. It is nice to see Star Wars taking the same creative route that the Marvel Cinematic Universe was so successful with. The formula seems to be working well for them, so I can’t wait to see this franchise kickstarted this December. 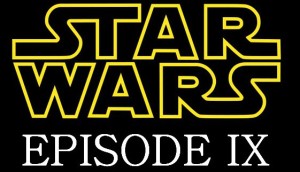 What do you think of Colin Trevorrow’s possible helming of Star Wars: Episode IX – TBD? Who else would make a great addition to the Star Wars director’s guild? Let me know!

So last night kicked off San Diego Comic Con 2015 in style, featuring what would be the last Hunger Games panel before the big finale The Hunger Games: Mockingjay – Part 2 due out later this year.

We were treated to the first trailer for the film twice, and it looks epic.

Jennifer Lawrence also mentioned to fans that her favorite scene from the franchise appears in the upcoming conclusion.

There was a lot of fun fan moments during the panel as well as some heartfelt sadness for the end of the franchise. The cast practiced whistling, there was some playful banter concerning the difference between longbows and crossbows, and the cast spoke fondly of their final shooting days together. 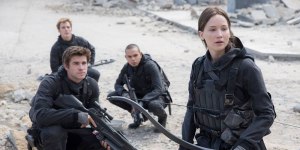 Mockingjay – Part 2 hits theaters in November. The trailer should go live soon for the rest of the world to see.