The Kingsman film franchise kind of came out of nowhere. I remember not being even remotely aware of the first film at all, including its release window, and then a number of reviewers and pundits that I tend to align with were praising The Secret Service’s blend of old and new spy tropes alongside director Matthew Vaughn’s (Kick-Ass, X-Men: First Class) unique style and violent sensibilities. After seeing it, I really enjoyed how self-aware the over-the-topness of the world depicted in Vaughn’s adaptation completely contrasted with other action franchises at the time, though I was still surprised to hear of a follow-up in The Golden Circle. Though that sequel did not share the same praise of the original, I was of a rare sort that put it on the same level, embracing the slowly-expanding realm of oddities that slithered throughout the burgeoning franchise. Where would this series go next? Surely The King’s Man was even less expected than The Golden Circle. My excitement built with each viewing of that first trailer (and it played a lot, if you went to the theaters as often as I did), so how did the finished film go? Well, it’s a bit of a mixed bag, mostly positive, with great action and an inconsistent tone.

Set in the early 1900s, The King’s Man follows The Duke of Oxford (Ralph Fiennes, The Grand Budapest Hotel, No Time to Die) and his son Conrad (Harris Dickinson, Beach Rats, The Souvenir: Part II) as they try to make a positive impact on WWI. The Duke, knowing of UK’s leadership failures and the willingness to send young soldiers to die for a war started by old men, builds an underground network of spies in order to stop a cabal from further toppling the governments of the East into chaos.

I’ve read a few other interpretations of The King’s Man remarking that the film is too focused on being a prequel that it doesn’t provide a stellar story, and I couldn’t disagree more. I actually found that the film spends too little time on the forming of the Kingsman that, at times, it feels like one of the later Hellraiser sequels that wasn’t a Hellraiser movie until someone attached 10 minutes of Pinhead in order to shoehorn it into the franchise. Now, the quality of The King’s Man is streets ahead of those later Hellraiser films, but I almost wondered if Vaughn had formed this idea for a WWI spy film before realizing he could make it a Kingsman prequel. Outside of the final 10-minute stinger at the end of the film and a few references to the shop and Statesman bourbon, the film does very little to link itself to the franchise at large, which is kind of the point of this film’s existence. Now, that isn’t to say that The King’s Man is a bad movie, it just felt like those first two Star Wars prequels, where everyone kept wondering when Anakin would turn to the dark side.

Where the film succeeds is in Vaughn’s understanding of action, and The King’s Man does feature perhaps the single most entertaining action set piece of 2021. The action hits and it hits hard. I don’t have a fault with the film’s action or its visuals or the characters. Vaughn has a knack for making this kind of spectacle filmmaking which really looks dazzling, especially on the big screen. His narrative tows the believability-line just enough to make it fit within his larger franchise narrative even if the story does not.

The King’s Man has a bevy of interesting characters to take away, most notably Rhys Ifans (The Amazing Spider-Man, Official Secrets) as Grigori Rasputin, a member of our secret villain’s collective. There’s a reason why Ifans is featured so heavily in the trailer despite not being as prominent in the finished film, and that’s because he owns the screen every single time he re-enters the narrative. He’s a disturbing and sick individual who chews the scenery with such glee and also capably performs (in that costume, no less) through some solid fight sequences.

I also really liked Fiennes’s take on Oxford, as he’s very much a father who recognizes the dangers of young men fighting the wars of old men, and he sees the indoctrination of his son Conrad. Knowing that the only way to keep his son out of war is to recruit him to the dangerous underground organization he’s been building seems to suggest an understanding of what is needed to do the right thing the right way. I like that he tows the line of being a father/mentor and an equal to his son, and it makes the back-and-forth of their relationship quite captivating.

The film’s biggest struggle throughout all of this is the wildly-inconsistent tone. While the first two Kingsman films seem to comfortably rest on the James Bond archetype of Roger Moore’s performance, with action and heart and comedy seemingly married in the right recipe. With this prequel, the film has moments where the inconsistencies of the tone almost seem to add to the twists and turns of the narrative, but that would be giving it too much credit. The problem, for me, is that I didn’t know from one minute to another if the scene I was watching was supposed to be aiming for comedy or serious, and the latter won out far too often. It just seems to miss out on what was so fun for the other films due to its reliance on overly-serious elements that occasionally lost me.

The King’s Man is a mildly-successful piece of entertainment that doesn’t get everything right and loses a bit of the fun of the previous entries, but a strong lead performance and an exciting selection of action set pieces keep the film enjoyable throughout its more mixed aspects. I still recommend this one to fans of the franchise but temper your expectations if it’s the comedy of the franchise that worked for you.

The newest unboxing episode is all about Hammer. I’ve already opened up the Mill Creek collection of Hammer films released by Columbia pictures, but this week, I’m breaking into my set of Universal’s Hammer Horror. Hammer would make deals for distribution with a good number of American distributors like Universal and Columbia, and even Warner Bros., so when it came time to drop these films on Home Video, the sets are a little jumbled up with movies For example, the Hammer Frankenstein Films are spread across several studios, and so to get the all, I had to pick up all the sets. It’s a little wonky and it looks silly on the shelf, but it works well enough.

Come along and check out my unboxing of Hammer Horror’s 8 Film Collection from Universal, and while you’re there, don’t forget to Like the video, Comment which film in the set is the best, and Subscribe to the channel! 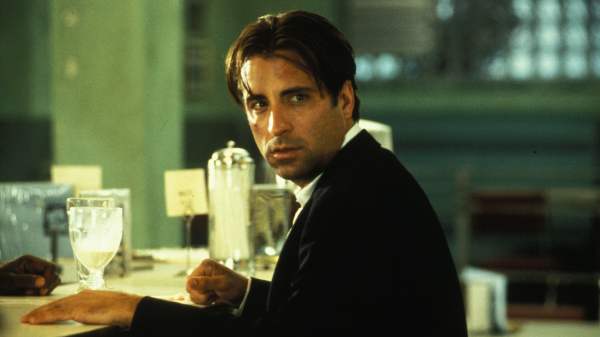 Hey, there’s a new episode of Kyle & Nick on Film. Today, we’re discussing Things To Do in Denver When You’re Dead, a film commonly referred to as the first and most notable ripoff of Quentin Tarantino, though there’s contention as to when this film started production.

The film stars Andy Garcia and Christopher Lloyd, and it’s based around a number of quirky characters all involved in a crime gone wrong. It’s easy to see the way this film seems to take on a lot of Tarantino-esque elements, and we break down whether we think the film has any real merit on its own. Give the episode a watch and let us know what you think of Things To Do in Denver When You’re Dead.