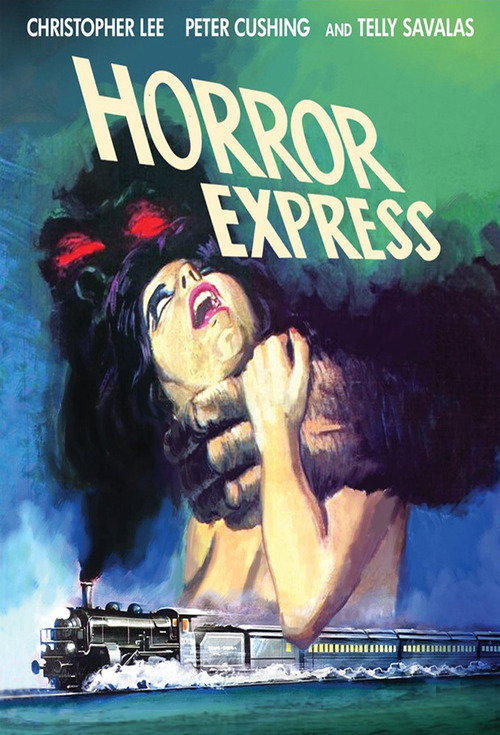 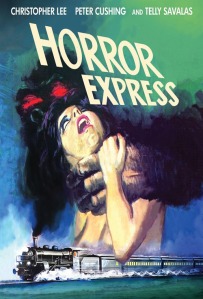 In the world of horror, few performers are so widely recognized together as Christopher Lee (The Lord of the Rings: The Fellowship of the Ring, Dark Shadows) and Peter Cushing (Star Wars: Episode IV – A New Hope, Horror of Dracula). The two practically led the horror renaissance of the 1950s and 1960s with their sensualized and gory takes on classic universal monsters like Dracula and Frankenstein’s monster with Hammer Horror Films. I recently found the 1972 film Horror Express among my unwatched film pile (it’s a pretty big damn pile, mind you) and I felt like I had to take it on considering the kind of weight these two actors carried. 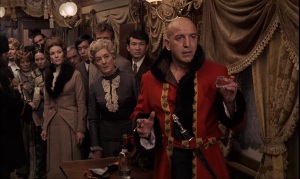 The entirety of Horror Express takes place on a train from China to Moscow. The brilliant Professor Sir Alexander Saxton (Lee) is taking a specimen found in Manchuria back to Europe when it, believed to be the Missing Link, awakens and terrorizes the passengers on board. Saxton alongside Dr. Wells (Cushing) will stop at nothing to catch the creature. Now, if only they can convince Captain Kazan (Telly Savalas, TV’s Kojak, On Her Majesty’s Secret Service) that they are telling the truth.

This movie has more of a cult following than of an actual fanbase. It was not particularly popular during its initial theatrical release. I personally found it to be much more a bore than I had hoped for. As always, Lee’s performance captures the audience, but the years have not been kind to the film’s technical aspects. Perhaps it would be more likable if it hadn’t been so degraded by forty years of damage to the print. It certainly has some interesting moments and the tension of the enclosed cabins of the train, but I felt like very little plot progression actually took place. 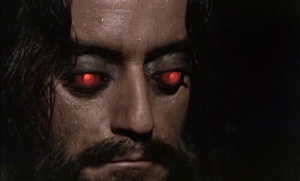 All in all, movies like Horror Express exist to entertain. They aren’t looking to take away a trophy. That being said, they still have to provide thrills, which this train was lacking.