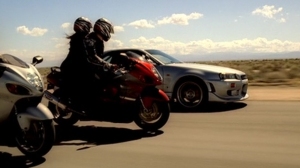 for those of you that have been readers for awhile, you’ll know I like to celebrate the little moments, and I had one a few days ago when I published my review for Hobbs & Shaw. That review ended up being the 800th post for this site! It’s rather fitting because many of the Fast & Furious reviews I have written have been among the most popular reviews on the site!

I cannot thank you faithful and maybe first-time readers for tuning in, reading and contributing to the discussion. This has morphed from a hobby to a passion to a daily requirement for sanity, and it’s because of the kind words of so many of you that have helped with that.

All that being said, I’m going to leave a list of the most popular reviews and posts on the site since it started. Feel free to peruse and gander at your choosing.

Here’s hoping Hobbs & Shaw ends up on this this. Three of the Fast & Furious films have ended up on the most-read list, including a short film prequel to the second film. It always strikes me at how many people have looked at the Leprechaun posts I have done. It seems year-round that that post gets views and I don’t understand it, to be perfectly honest.

So there you have it. Thanks again for reading, even if only once. I truly appreciate all of you readers and I only ask that you help like, comment, subscribe and share to keep independent content creators like myself going. All film is truly subjective, so if you’ve never interacted on the site, I urge you to do so. If you loved a movie I hated, let me know your opinion, and if you hated something I really love, I want to know why. That’s part of what makes this part of movie fandom so special. Thanks again!