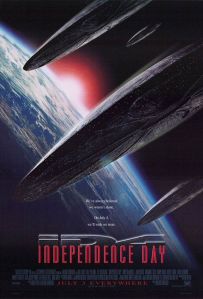 William Fichtner, known for his character acting in films like Teenage Mutant Ninja Turtles and The Dark Knight, has apparently joined the cast of the upcoming Independence Day 2.

Deadline has reported that Fichtner has joined the sequel to Independence Day in a possible leading role and may even be involved in two more installments of the franchise.

The news of the addition of William Fichtner follows the recent announcement of Sela Ward as the current President of the United States.

Personally, I’m excited to see how Fichtner’s character ties in the with the story that we will see for Independence Day 2. I’m less interested about the inclusion of Ward, but I’m more curious about this film in Emmerich’s future than I am about the bastardization of the Stargate franchise.

Fichtner has proven he can work with crazy roles in crazy films, and I like the idea of him playing a military man here, though I still don’t know if he would be a hero or some kind of villain, though track records would place him in the cruel jerk position like the role that James Rebhorn held in the original film.

What do you think about Fichtner joining Roland Emmerich’s upcoming sequel? What’s your favorite William Fichtner role and why?