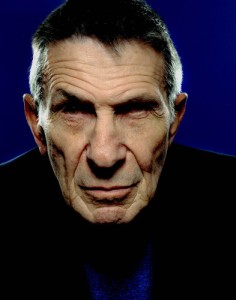 Today, I want us to take a minute to honor a great man we lost yesterday. Leonard Nimoy. The man who would be known as Spock, the half-human, half-Vulcan member of the Starship Enterprise in the original Star Trek series, its animated sequel series, and several of the films.

Most recently seen on the series Fringe (of which I am a major fanboy), Nimoy had kind of retired from acting, returning only to previously created characters to continue the arcs he created for them. His most recent major role was in a cameo role for Star Trek Into Darkness. Below is a list of titles most notable for the actor, as well as his final message to his fans, in the form of a tweet.

A life is like a garden. Perfect moments can be had, but not preserved, except in memory. LLAP

Thank you Leonard, and, as always, LLAP. 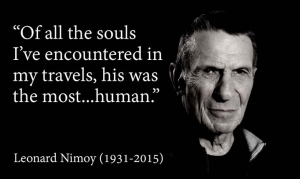