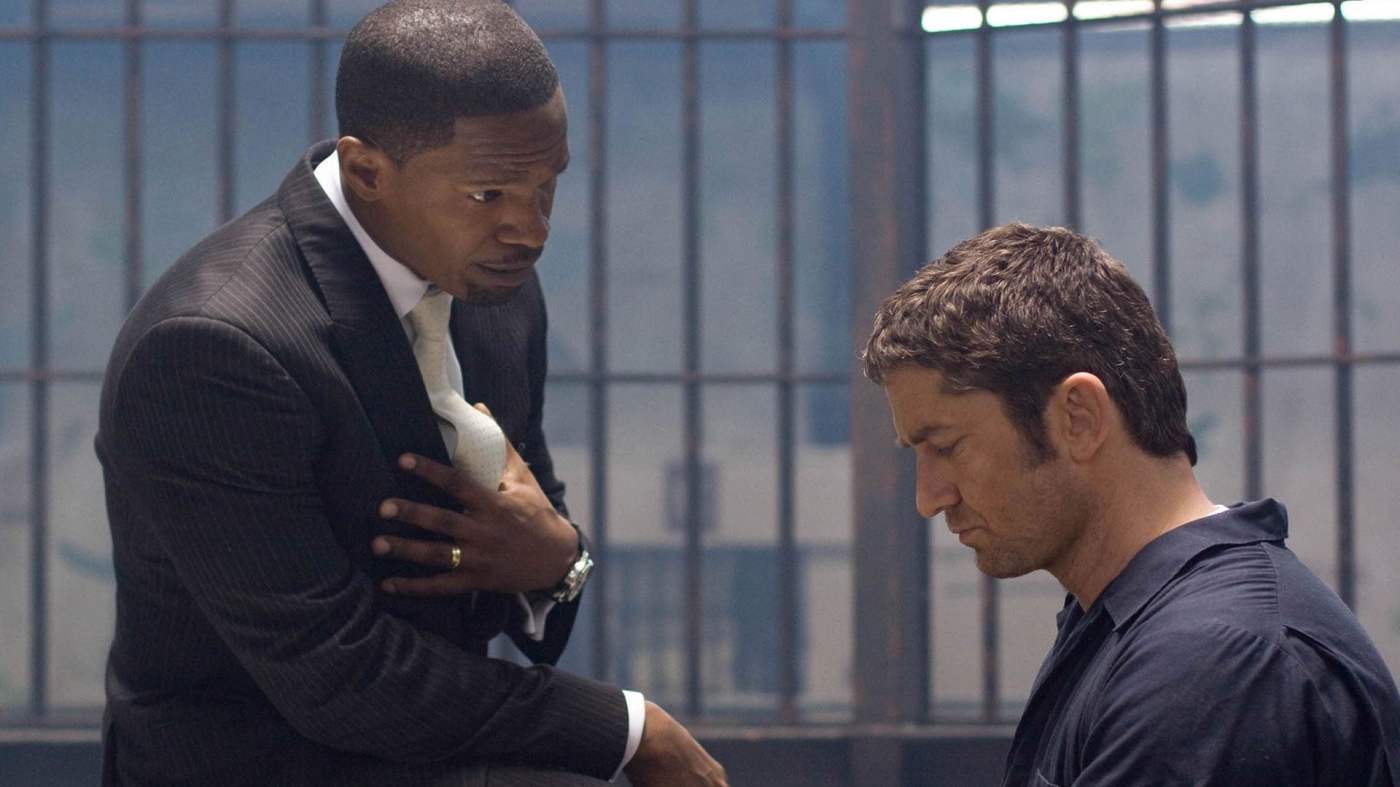 Village Roadshow is heading back to prison to free Law Abiding Citizen 2, but I’m curious who is patiently awaiting this sequel?

Variety is reporting that Village Roadshow is teaming up with Rivulet Films to develop the sequel to the 2009 thriller that starred Jamie Foxx and Gerard Butler. The original film grossed $126 million on a budget of $53 million, so it may have turned a slight profit (with theaters taking half the gross and an unknown marketing budget), but it recently sparked a resurgence when it debuted on Netflix, entering their Top 10 list of most-watched movies & shows. Variety reports that screenwriter Kurt Wimmer (Equilibrium, Point Break 2015) will return, but not much else is known about the project during this early stage.

I remember very little of the first film outside of my disappointment upon viewing it, so I had to do a little research to freshen my mind on the plot details. Clyde, the “villain” of the film, played by Butler, dies at the end, and I cannot recall any other threats, so I’m curious where the film’s sequel would take us or if this is an ill-advised attempt to cash in any IP that Village Roadshow can.

With the uncertain box office profitability of the first film and the 26% Rotten Tomatoes score, I guess I just don’t understand this play, but maybe there’s an idea that’s been gestating for 13 years. All that aside, I have been very mixed with the current slate of Wimmer’s screenplays (the screenwriter recently wrote and directed a new Children of the Corn film back in late 2020 that has yet to see a release, which doesn’t bode well).

Are you interested in seeing a follow-up to Law Abiding Citizen? Do you even remember the first film? Let me know and drop a comment with your thoughts on this new project!

2 thoughts on “Law Abiding Citizen 2 in Development: The Question is WHY?”