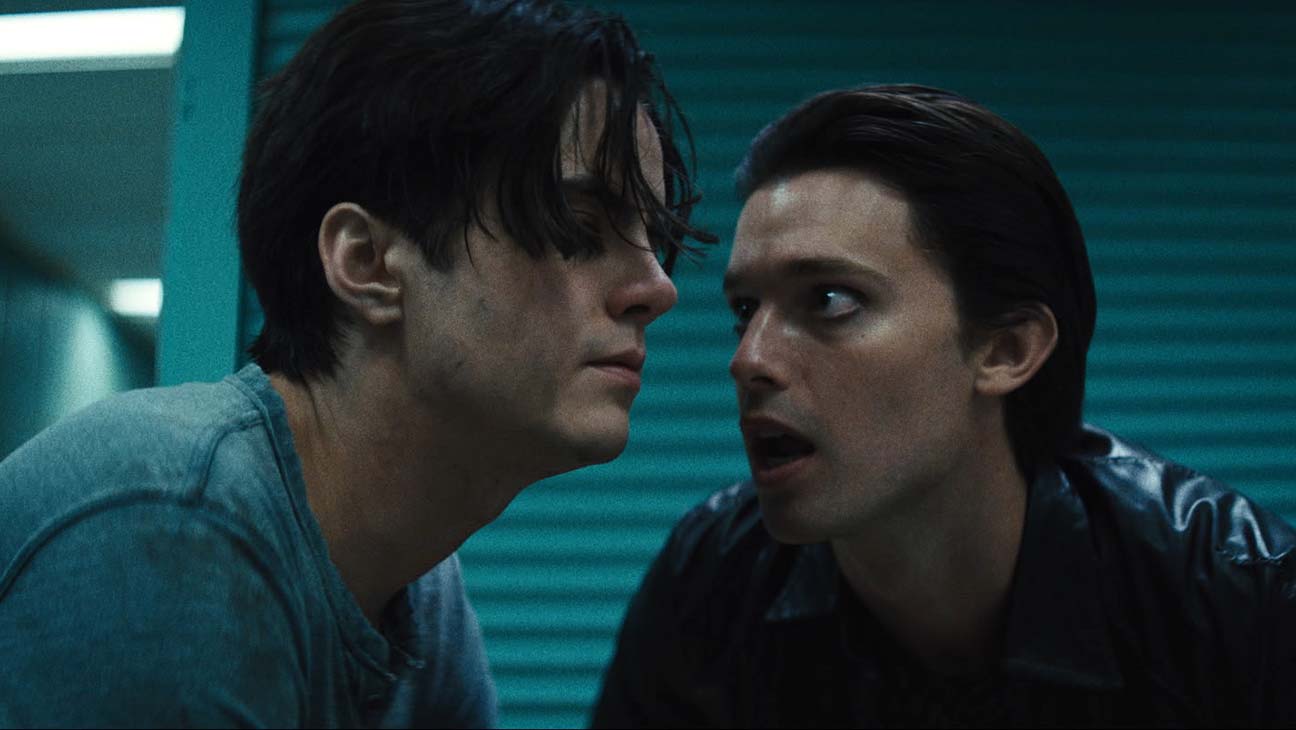 A colleague of mine, Nick Palodichuk from the St. Paul Filmcast, has been incessantly pushing me to watch Daniel Isn’t Real for months now, curious to see my reaction to the festival favorite that failed to make an impression on streaming services in 2019. I wasn’t exactly skirting the need to watch it, but I’ll be honest, it’s a terrible title for a movie, and I just didn’t feel the want to see it. Well, I finally took the time, and now here we are. So what did I think?

While struggling through mental health issues in his family, college freshman Luke (Miles Robbins, Blockers, Halloween) brings his old imaginary friend, Daniel (Patrick Schwarzenegger, Scouts Guide to the Zombie Apocalypse, The Benchwarmers), back to life. At first, Daniel gives Luke all the confidence he could ever want, but Luke soon discovers how difficult it is to Daniel away again, as Daniel decides he wants to stay free this time.

It seems that the divide among viewers with Daniel Isn’t Real is whether the “out there” stuff that is revealed as the film goes on work for some and fail for others. I’ll be the guy that says that the crazier this story got, the stronger the experience ended up being. I love when films take the initiative to try something new, and Daniel Isn’t Real plays with a mythology that is pretty engaging, albeit one that breaks its own rules occasionally.

The film has themes of Mental Illness that are fairly rote, but it shines with the way it portrays the primordial drive of toxic masculinity as a trait within our society that keeps taking over our bodies and pushes up to extremes in order to fit in. This is an interesting new idea and the way director/co-writer Adam Egypt Mortimer (Archenemy, Holidays) explores this theme with Daniel Isn’t Real was particularly effective.

Mortimer’s screenplay with Brian DeLeeuw (who wrote the original story In This Way I Was Saved) also effectively balances a questioning of reality layer that accomplishes this feat quite nicely, something most other films try but few are able to achieve. There were several times throughout when I questioned what was really happening, and oftentimes, where certain lesser scenes in the movie started to lose my interest, Mortimer would drop another clue that made me revisit my theories.

Unfortunately, the film also has some drawbacks. I was not terribly convinced by either Miles Robbins or Patrick Schwarzenegger in their respective roles. There are some strong performances in the film, particularly from Sasha Lane (American Honey, Hellboy) and Hannah Marks (After Everything, Accepted) as Cassie and Sophie, two potential romantic interests for Luke.

I also found a number of logic gaps in the film. I questioned the lossless motive of Daniel in the film. We find out just enough about Daniel to make us question why he’s doing anything he’s doing. What’s his motive in the story? Sex? Violence? What drives him in the narrative?

I also questioned Luke’s struggle to get rid of Daniel. Early on, we see a younger Luke mentally transport Daniel into a toy dollhouse and imprison him there for years. Yet, this idea never occurs to Luke throughout the film. We’re also told that the two cannot be separated, and Luke just believes this, even though we’ve seen evidence to the contrary.

The ending of the film is where these gaps in logic are most apparent, and it’s where the quality takes a bit of a nosedive in order to leave us questioning events and characters, and it just didn’t work, and instead I found Daniel Isn’t Real ending on a disappointing note.

Daniel Isn’t Real showcases a major talent in Adam Egypt Mortimer, and I’m excited to see more from this new filmmaker. The film is heavily flawed, but what works in the movie works very well, and his imagination is on display, even if it extends beyond his budget. It won’t work for everyone, but it’s worth checking out all the same.