We knew that more release dates would adjust as movie theaters slowly begin to awaken in the wake of COVID-19. It just hurts all the same.

Warner Bros has adjusted several release dates for the sake of saving their bottom line, and one of those casualties is Godzilla vs Kong, a film that was supposed to have already been out before its first delay some months ago.

The film, directed by Adam Wingard, was shifted from November 2020 to May 21, 2021, and will now face off during the beginning of summer movie season next year. Just recently, the film was given its rating from the MPAA, PG-13 for intense sequences of creature violence/destruction and brief language, so it would seem that the film is mostly done at this point and just awaits a solid release date to earn back its budget and perform well, something that the MonsterVerse has struggled with as of late.

This is completely understandable, and I stand behind movie theaters staying closed until they can safely reopen, and I also want these films to perform well when they finally release because I have a lot of faith in them, but it frustrates me all the same. I won’t get into my thoughts on the handling of COVID-19 by the government because this isn’t that kind of site, but I want to be in the theaters again and I want to see the next step in the MonsterVerse be a successful one for the franchise. 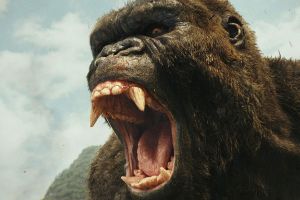 So what do you think? Is this the right call for Godzilla vs Kong and are you excited to see it? What’s been your favorite film in the MonsterVerse so far? Let me know/Drop a comment down below!

Godzilla vs Kong will arrive in 2021 with Millie Bobby Brown, Kyle Chandler, and Ziyi Zhang returning.