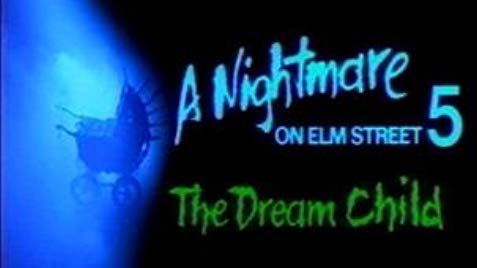 I remember trying to convince my mother to buy me a VHS of A Nightmare on Elm Street 5 at the Kmart. She must’ve eventually caved (she didn’t mind any horror in the house as long as there was no nudity) because I ended up watching 20-30 minutes of the film each morning before school that week, and it was my first involvement with the franchise. I became enamored with the VHS tape, watching almost on repeat for days, and I started looking anywhere for a copy of the first film (eventually succeeding at a local garage sale). Does that mean it holds a special place in my heart? Yes. Does it mean that I cannot see any problems? No. 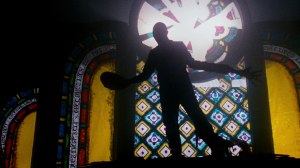 Dream Master Alice (Lisa Wilcox, The Church, TV’s Bill & Ted’s Excellent Adventure) is graduating from high school, and her life seems to be falling together finally, but she keeps on having nightmares. How can this be? She defeated Freddy Krueger (Robert Englund, Nightworld: Door of Hell, The Midnight Man) a year ago, locked him away for good, but he is still getting through. When Alice learns that she’s pregnant, she begins to put the pieces together, but now she has to protect her friends and her baby as Krueger sets his sights on a new generation.

My wife had seen the first four Nightmare films, and I was so excited to show her this fifth film given my history with it. She did not care for it, and the more I watched it, the more its flaws showed. I started to see things that didn’t work as well this time around. The film is clearly coming down from peak-80s Freddy, but director Stephen Hopkins (Predator 2, Race) infused that tone with more gothic horror elements. The gothic stuff works way better than the 80s stuff, which has now become quite comedic-looking and goofy. 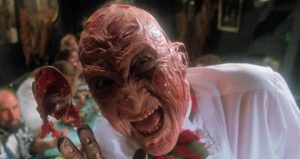 The writing of the film leaves quite a bit to be desired. Some of the characters outside of Alice aren’t as well-developed. Her friend Greta is one-note (she’s a model who just wants to eat normal!). Other friend Mark feels like he’s being set-up nicely but the route his story takes is rather anticlimactic. The one area that the script truly excels is how they bring Freddy back. Coming off the dog-piss-lights-afire return of Nightmare 4, this is a truly inventive return that gives Freddy a purpose and new plan. All in all, the screenplay is a bit all over the place. I’m placing the blame on the studio as opposed to screenwriter Leslie Bohem (Taken, TV’s Shut Eye), as there was a revolving-door of screenwriters both before and after Bohem even though there was only one credited writer.

The performances are hit-or-miss for me outside of the returning players in Alice, Krueger, and Dan. The way Lisa Wilcox continues to develop the character of Alice works really well. In this installment, Alice grows out of the Alice in Wonderland allusions of the previous film and completely becomes the Dream Master. 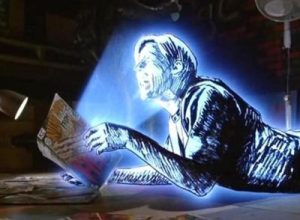 The Dream Child is a wildly-inventive addition to the mythology that finds itself with mixed results. It’s more in tone with the fourth film than anything that came before, so if you enjoyed The Dream Master, I think you’ll find a lot to love with this one, but it’s probably not going to win you back. Robert Englund and Lisa Wilcox play well in this sequel, but it’s really hit-or-miss.

For my review of Sean S. Cunningham’s Friday the 13th, click here.

For my review of Wes Craven’s A Nightmare on Elm Street, click here.

For my review of Steve Miner’s Friday the 13th Part 2, click here.

For my review of Steve Miner’s Friday the 13th Part III, click here.

For my review of Joseph Zito’s Friday the 13th: The Final Chapter, click here.

For my review of Jack Sholder’s A Nightmare on Elm Street 2: Freddy’s Revenge, click here.

For my review of Danny Steinmann’s Friday the 13th Part V: A New Beginning, click here.

For my review of Chuck Russell’s A Nightmare on Elm Street 3: Dream Warriors, click here.

For my review of Renny Harlin’s A Nightmare on Elm Street 4: The Dream Master, click here.

For my review of Stephen Hopkins’s Race, click here.