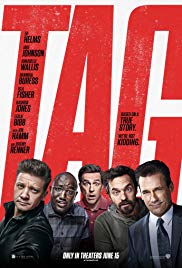 Just a couple of notes:

Alright, let’s hold hands and get this over with…

-Well, one of them had to win. Game Night and Tag were released in the same year, and I honestly didn’t realize going into 2018 that they were different films until the first trailers dropped for each. Game Night was one of the better films of the year, and Tag was just…not. The film was over-the-top and unrealistic and I didn’t buy that the story was anywhere close to the true story that it was based on.  It becomes all the more apparent how bad Tag really is when compare to its obvious alternate in Game Night, but the real crime of Tag is its complete lack of comedy. I found myself hoping to laugh, praying. Nothing, though. Tag just isn’t It.

–Winchester is a film that should have been good. I like the Spierig brothers. I’ve enjoyed all of their films to this point. Winchester is based on the infamous Winchester haunted house. Starring Helen Mirren and Jason Clarke, this just seemed to have it all put together. It just wasn’t scary and became rather dull. Just like Tag‘s lack of comedy, Winchester‘s lack of fright just kills it. It’s the kind of film that should have been more epic in nature being a house filled with the dead. It could have become a franchise built around a different spirit each go-around, but it just falls flat.

–Early Man is probably the only film on my list that I know many people loved. I spoke to many other reviewers who gave Early Man recognition. For me, the film started out strong as a film about the early periods in humanity, and then it devolved into a soccer movie. Ugh. I loved it until it became a soccer movie. I had no interest in the direction of the film at that point. Most of the jokes fell flat at that point and I just couldn’t wait for it to be over. This may be irrational distaste, but it is distaste nonetheless. I did not like it at all. 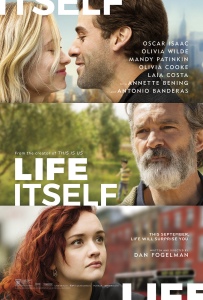 –Life Itself didn’t really hit me until a day after I saw it. I remember being very confused about the whole thing. I couldn’t decide it I liked it or not until some time passed. Then, I started to really think about it, and not long after, I realized all the problems that existed in the film. Then, I remember hatred. It all became clear to me that the film was nothing but schmaltzy depression under the visage of a romantic drama. It’s so poorly constructed and manipulative. The more time I thought about it, the more it dropped to the worst of the pile for 2018. I’d prefer not to think of it anymore.

–Mile 22 is just boring, which isn’t a good sign for an action film. It’s really unimpressive. The character of Alice (played by Lauren Cohan) is written really poorly, with most of the character arc being about her as a woman on this team. Lastly, the twist at the ending caused a really dumb and disappointing finale. The film without the twist might not have made this list, but the ending leaves such a bad taste in my mouth that it crossed the line into my least favorite films of the year. It might be time to end the Mark Wahlberg/Peter Berg relationship.

5. I Can Only Imagine

-I caught some heat this year for claiming this movie looked terrible based on the trailer. Several of my followers claimed that I was against this film for being religious, so let me say it right here: this is a bad movie, and it has nothing to do with its subject material. The film, about the creation of the title song, is filled with bad writing. The leads in the film have nothing to do but read their lines and the performances become Lifetime-movie level because of it. I couldn’t wait for it to come to an end, and I found that it took far too long to get there. Overall, I Can Only Imagine is a bad film because of its writing and editing.

–Den of Thieves is just too damn long. This is such a long movie and the finale twist doesn’t work. Gerard Butler is such an unlikable lead and there’s no reason for me to root for it. Pablo Schreiber is not an interesting or complex villain. Outside of these two and O’Shea Jackson, I can barely remember any of the other characters in this film. I found myself not interested in anything going on and I didn’t want to finish the movie. I did it for you, though. You are welcome. 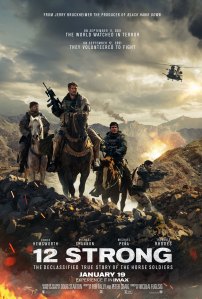 -There’s a central theme to this year’s bad films and it is that there were a lot of boring movies this year. 12 Strong was one of those films. There’s just no style to this movie and Chris Hemsworth is incapable of carrying this film. I like Hemsworth, but he does not save the film. 12 Strong just didn’t captivate me at all, and none of the characters were likable nor interesting. It’s just a forgettable film. That’s the gift it gives us. 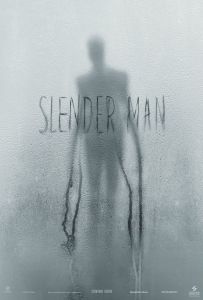 –Slender Man was the dumbest idea of 2018. First of all, it isn’t even based on the game that Slender Man appears in. It’s based on the flimsy urban legend. After that, it’s a shitty script with terrible performances, lost direction, and some of the worst editing I’ve ever seen. You can blame studio interference (and I do) or you can blame all the other faults I’ve mentioned (and I do), but it’s a mixture of just how bad this movie is. It’s easily the worst film of 2018.

Is there something I missed here? What did you think was the worst film of 2018? Let me know/Drop a comment below!