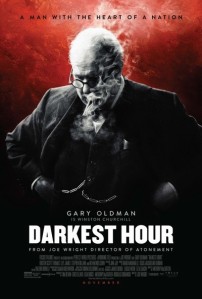 I had been under the belief that Darkest Hour would not score a Best Picture nomination. While it seemed to be trending for it late last year, that steam was lost by 2018’s start. I don’t think there were any doubts of its nominations for Best Actor in Gary Oldman (Tinker Tailor Soldier Spy, The Hitman’s Bodyguard) and Makeup/Hairstyling, but the question looms: is Darkest Hour worthy of Best Picture?

Darkest Hour is a damn fine character piece. The work given by Gary Oldman here is exemplary, and I dare say it like we always do, it may be his best work to date. That’s truly saying something about the prolific actor who seems to get better and better with each outing. He deserves the Oscar. I’m calling it.

That isn’t to take away from the amazing work from the entire cast. Lily James shines in her scenes, Dillane and Mendelsohn are fully fleshed out adversaries, and Kristin Scott Thomas (The English Patient, Only God Forgives) is terrific as Clementine Churchill. It only breaks my heart that we didn’t get to see the late great John Hurt as Neville Chamberlain. Don’t get me wrong, there is nothing bad about Pickup’s performance, but I feel like Hurt was perfect for the role and the film’s dedication to him proves how missed he is as a screen presence.

Director Joe Wright’s film is an ambling presentation of the stellar work of its cast. The faults come with the pacing of the film. The movie loses its focus as it inches closer to its finale, and I feel like the film was nominated purely because of Oldman stellar achievement. The pacing doesn’t kill the film, but I think it does lose its Best Picture quality with it. 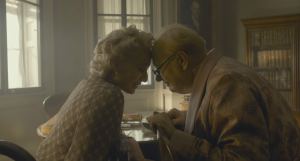 Overall, I won’t fault this tremendous achievement. Joe Wright’s Darkest Hour is a great movie, and it works even better if you double-feature it with Dunkirk or, hell, put The Imitation Game in there too for a WWII marathon. While the film gets a little too meandering at times, this is high-quality film-making from Wright. This timely film is definitely worth your’s.