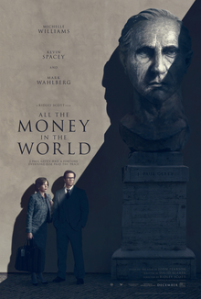 So, I’ve been fairly quiet on the whole explosion of sexual harassment allegations coming out of Hollywood over the past couple weeks. And I’m not here to talk about it today. This is a an area for movie news, and, at least for the time being, I’m not going to comment on it, other to say that, as a film fan, this is devastating and heartbreaking but the victims deserve to be heard.

Kevin Spacey is out of All the Money in the World, which is just insane. He is being replaced by actor Christopher Plummer as J. Paul Getty. What’s most shocking is that Kevin Spacey’s epic physical transformation and performance have been the highlight of all the marketing and a large portion of the Oscar push for the film. Christopher Plummer is an interesting choice, and he too is a fantastic actor, but are they going to apply make-up to him, or will they just let him perform? It’s clear that, even in the scenes of the film without Spacey, his look will still be all over the film, as in the bust of the infamous industrialist. This whole thing seems incredibly costly, and it indeed will be, according to an article from Variety.

Variety reports that the reshoots will add $10 million and will take 8-10 days to complete, and producers still expect to release the film on December 22.

This is perhaps the most insane fallout of these allegations that I’ve seen yet, and I think that Ridley Scott and the studio are making the most-fiscally responsible choice as keeping Spacey in the film will likely lose the studio more than the price tag of simply replacing him, and I myself was already planning on seeing All the Money in the World, but now I’m more interested to see how the finished film plays out. 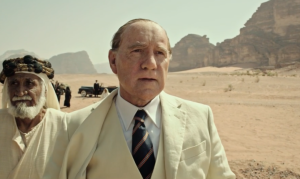 So what do you think? Will you be seeing All the Money in the World in December? What are your thoughts on the inclusion of Christopher Plummer? Let me know/drop a comment below (but please, let’s keep this thing civil)!