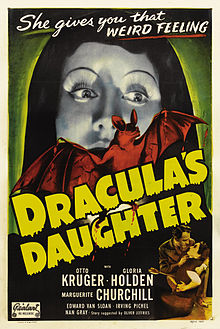 Set directly after the events of Dracula, Dracula’s Daughter starts with the arrest of Professor Von Helsing (Edward van Sloan, Sealed Verdict, Betty Co-Ed) over the deaths of Renfield and Dracula. He requests the help of Dr. Jeffrey Garth (Otto Kruger, High Noon, Saboteur) in proving his sanity. Meanwhile, a new vampire, Countess Marya Zaleska (Gloria Holden, The Life of Emile Zola, This Happy Feeling), and her familiar Sandor (Irving Pichel, Destination Moon, Martin Luther) have stolen Dracula’s body in order to free her of the curse he has over her, but she quickly learns that the curse has not yet broken, and she still craves blood. 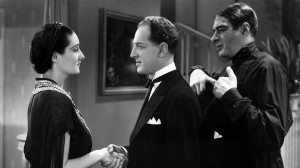 Dracula’s Daughter is very nicely paced and holds up nicely as a direct continuation with one glaring issue. While the original film is set in the 19th century, this follow-up is in the 1930s. This is a major plot hole that is thankfully not given enough time to breathe so that the audience doesn’t notice as much. Gloria Holden does a fine job portraying the daughter of Lugosi’s Dracula as does Otto Kruger, but his role is written for the time and it doesn’t age very well. The best parts of the film, though, include Edward van Sloan’s Von Helsing as he very quickly reminds us of the horrors he has faced before.

Dracula’s Daughter is oft-forgotten because it stands in the shadow of its predecessor and rightfully so, but it is a fine continuation of the story in the Universal Monster canon. Holden’s deeply-flawed and emotionally-broken Countess works as a villainess with motives and layers. This is one to check out if you enjoyed the first, even if it can’t stand up to it.

For my review of Tod Browning’s Dracula, click here.