Denis Villeneuve (Prisoners, Sicario) is essentially on one hell of a streak as a director. He has, time and time again, come to the table with an excellent film, the latest being last year’s Arrival.

Louise Banks (Amy Adams, Man of Steel, Nocturnal Animals) remembers exactly where she was when they arrived. Large ships at several strategic points around the globe have come to a stop, floating a few stories off the ground. Louise is asked by Colonel Weber (Forest Whitaker, Platoon, Rogue One: A Star Wars Story) to come aboard a team tasked with establishing first contact with the extraterrestrials. She is brought to Montana and meets Ian Donnelly (Jeremy Renner, The Hurt Locker, Captain America: Civil War), a theoretical physicist. As tensions arise from other groups stationed around the world, Louise and Ian must work quickly to ascertain why the beings have come to Earth while also avoiding putting the planet’s safety in further jeopardy.

It’s hard to talk too much about Arrival without coming across spoilers, but I’ll try my best. Simply put, Arrival is the best science fiction film of the year and one of the best of all time, but it’s also much more than that. Arrival is the story a mother. It’s the story of a relationship between a mother and her daughter. Yes, there are aliens, and yes, there’s a lot to breathe in, but thanks to Villeneuve’s masterful work behind the camera and Adams’ affecting and powerful work in front of it, Arrival stands as one of the more captivating experiences you are likely to see.

The visuals of the film are incredible, due in no small part to Director of Photography Bradford Young, a name many in the film community have come to love after this and other previous work. His upcoming work on the Han Solo Star Wars film have put many a fanboy at ease on the shaky project. Coupled with the excellent sound design for the film, Arrival’s merits come to much more than just acting but rather a true cinematic experience. 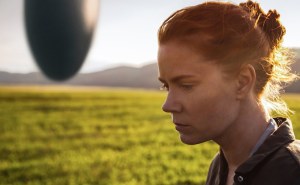 I don’t want to spoil it for you, but Arrival is absolutely incredible from start to finish. If you missed this film in theaters, it is coming out on home video soon so do not hesitate this time. Arrival stands as a simple tale of love and family while also being a complex and weaving story that doesn’t dumb itself down for its audiences, trusting them to come to the incredible revelations it offers. The one flaw I had was that I came to the conclusion perhaps before I was supposed to, but it didn’t hamper my experience too much to come out breathless. See this film before it is ruined for you.