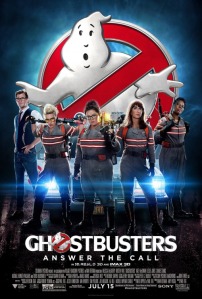 116 mins. Rated PG-13 for supernatural action and some crude humor. 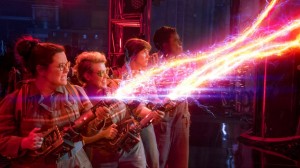 Abby Yates (Melissa McCarthy, TV’s Gilmore Girls, The Boss) and Erin Gilbert (Kristen Wiig, The Martian, How to Train Your Dragon 2) were once partners, true believers, and friends, but that was a long time ago. The two have grown apart due to Erin’s attempts at unbelieving in the paranormal that brought the two together in the first place, but a rogue copy of the paranormal research book that Abby and Erin wrote years earlier surfaces and causes them to reunite alongside Abby’s new colleague Jillian Holtzmann (Kate McKinnon, TV’s Saturday Night Live, Finding Dory) and…uh, the one who drives the car, Patty (Leslie Jones, Trainwreck, Top Five). Together, the Ghostbusters must use their tools and expertise to stop a maniac trying to create an otherworldly invasion.

After watching the “Most Disliked” Trailer Ever on Youtube (yeah, it holds that distinction) and seeing one of the worst marketing campaigns in film history, I was extremely nervous. After all, I’ve been a fan of this franchise since I’ve known fear (that Vigo the Carpathian painting still unnerves me) and I’ve been frustratingly watching as hopes of a third film slowly dwindled into nothingness all because of Bill Murray. Yeah, I put all the blame on him. So, I was very judgmental of this reboot from the very beginning. I paid no attention to the gender-swapping in the movie because it didn’t really bother me. I just didn’t really care. What I did care about was a fun and frightful adventure that stayed true to the original but forged its own path.

For the most part, I actually really enjoyed Ghostbusters: Answer the Call. There were so many great elements and the fact that it wasn’t a straight remake really won me over. The Paul Feig (Spy, The Heat) comedy  was really funny and even though it missed the frights, it didn’t completely take me out of the experience.

There was a glaring issue that, for some, might not be a big deal. For me, it really was. This glaring issue was the decision to ignore the previous two installments. Instead of a brave decision, it felt like a slap in the face, especially with so many of the original performers returning for stupid cameos. Not a single cameo in this film made me happy except for the return of Ernie Hudson. Why Feig and fellow screenwriter Katie Dippold didn’t make this a passing of the torch I’ll never know. All it would have taken was one scene of Dan Aykroyd handing the equipment over to his neice or something. It wouldn’t even have had to been a good passing of the torch to be better than the complete retconning of the franchise. A true miss that is really the one major problem I had in an otherwise mostly enjoyable film experience. 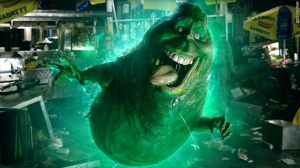 Perhaps one day we will get the extended cut we deserve with the original 4-hour cut that Paul Feig originally ended up with. For now, we will have to settle with a pretty fun film that pays homage and walks its own path. I would be remiss if I didn’t mention the laugh-out-loud work from Chris Hemsworth (Thor, Star Trek) as Kevin the receptionist. Now, I don’t know if we are getting Ghostbusters: Answer the Call 2 down the road (the box office numbers aren’t exactly screaming for it) but I can only hope to see more adventures from this crew.

So have you seen Ghostbusters: Answer the Call yet? What did you think? And what is your preferred horror/comedy of choice? Let me know!

For my review of Paul Feig’s The Heat, click here.