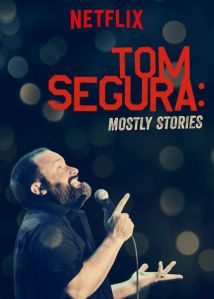 I hadn’t seen Tom Segura before the night I decided to watch his newest stand-up special, Mostly Stories, and I was mostly impressed. Mostly.

I’ll break it down a bit: Tom Segura is funny. His jokes are occasionally too predictable. His storytelling is fine, but it also doesn’t always hit the way it should. He’s a genuinely funny guy, but his comedy doesn’t always land. I loved the early material of Mostly Stories. One of his areas of particular well-done work is his material on body piercings and the way to a man’s heart. He does miss the ball on his story involving Mike Tyson. The story works well until the supposed ending, which falls a bit flat. 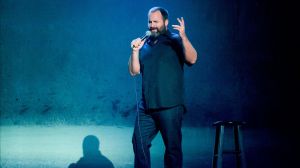 Tom Segura: Mostly Stories should be called Mostly Funny because it is. I’m not trying to fault the guy on his ability to tell a joke, but his less-developed work should be further kneaded before being displayed. I am definitely interested in his unique sense of humor and his dry delivery and would love to see more from him.