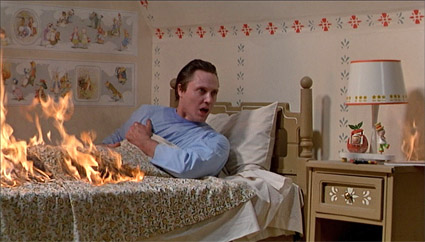 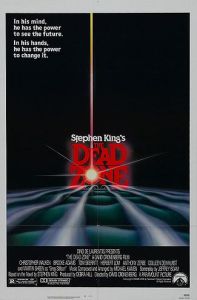 Hey folks, just popping on tonight to talk about David Cronenberg’s adaptation of the Stephen King novel The Dead Zone. Sorry, this is coming in pretty late, but I’ve been packed away in preproduction meetings for most of the evening. 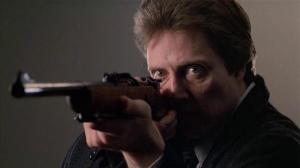 Johnny Smith (Christopher Walken, Catch Me If You Can, Joe Dirt 2: Beautiful Loser) is an everyman, an English teacher with aspirations of the perfect life. All that is stolen from him when a fateful car accident puts him in a coma for five long years, during which time the love of his life Sarah (Brooke Adams, Days of Heaven, The Accidental Husband) has moved on, a killer stalks the streets of Castle Rock, and a man named Greg Stillson (Martin Sheen, TV’s Grace and Frankie, Apocalypse Now) has risen up in the state government. As Johnny awakens and deals with his unevolved state in an evolved world, he has discovered a gift to see into other people’s pasts, presents, and futures and pull out their deepest fear and most horrifying secrets. Johnny must learn that with this new power comes more loneliness and fear than he has ever known, and he must make the hard decisions on how to deal with the information he uncovers about everyone around him.

Christopher Walken plays a unique and powerful Johnny Smith, effectively putting a haunting edge to the character that director David Cronenberg (The Fly, Maps to the Stars) once believed to be too general. He commands the screen with his presence and pain through most scenes, except the ones with Brooke Adams. I like Brooke Adams, but I do not like her in this film. Here, she plays a removed Sarah Bracknell, in which she has no connection to Walken’s character and therefore loses footing on every encounter.

We get some great supporting turns from Tom Skerritt (Alien, Ted) as Castle Rock Sherriff Bannerman running cold on the trail of the Castle Rock Killer who turns to Johnny for guidance, Anthony Zerbe (American Hustle, The Matrix Reloaded) as Roger Stuart, a man removed from the relationship with his son who Johnny finds comfort in helping without the use of his abilities, and Martin Sheen as the shady Greg Stillson, who just might have more demons in his closet than anyone Johnny has encountered. The three absolutely knock it out of the park without playing too high to camp. 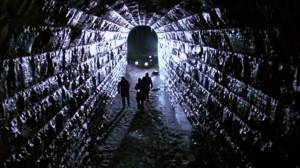 Now the finished film is missing some key scenes from the novel that would have elevated the storytelling much more, creating a more unique tale, but Cronenberg shows a beautiful sense of the New England landscape and character-driven story to the piece that remain from King’s source material. There isn’t a whole lot that doesn’t feel aged here, but that isn’t always  a bad thing.

For my review of David Cronenberg’s The Fly, click here.