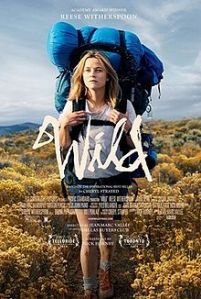 Who’s ready to get Wild? Reese Witherspoon (Walk the Line, Inherent Vice) certainly is, as she portrays real life Cheryl Strayed, a woman about to take on the journey of a lifetime, and Witherspoon takes on the performance of a lifetime.

Cheryl Strayed has had a rough time: drugs, alcohol, anonymous sex, cheating, lying, deceit. Now, after losing her husband (Thomas Sadoski, TV’s The Newsroom, Loser), Cheryl is ready to take on the PCT (Pacific Crest Trail), an 1,100 mile solo hike from one end of the US to the other. This is a staggering endeavor, and Cheryl takes us along for the ride as she documents the trek and gives us flashbacks to what brought her here.

This is a far different Reese Witherspoon than we have ever seen, and it might just be the best performance in her career. She plays a broken woman ready to stand back up and fight, and her tragic relationship with mother Bobbi (Laura Dern, Jurassic Park, When the Game Stands Tall), proves that both actresses here are at the top of their respective games. Everything in the film is seen through Cheryl’s perspective, and it causes a looseness to the tale that almost feels dreamlike in its portrayal of the trials on the trails.

The screenplay by Nick Hornby (An Education, Fever Pitch) gave me several avenues and relationships to delve into, but the film feels unfinished even though it finished. The ending is tied up so quick I almost wasn’t sure that I should get out of my chair. Jean-Marc Vallee (Dallas Buyers Club, The Young Victoria) shows us a stunning vision of open America. The music, and sometimes lack thereof, gives us a more personal and intimate connection to Cheryl’s journey.

Now, the film has a lot in common with films like Into the Wild and 127 Hours that I didn’t walk away as blown away as I had hoped, but Wild is still definitely worth a trip to your theater, as long as the theater is closer than a thousand miles.