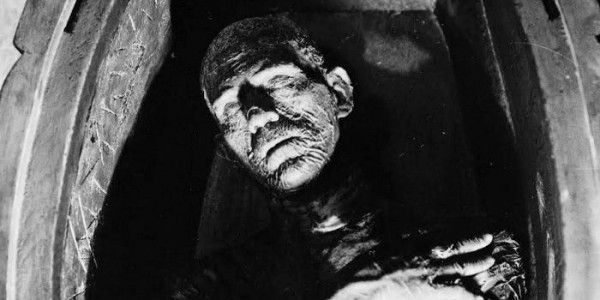 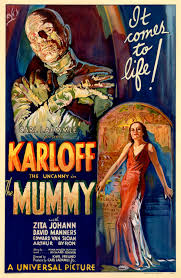 We’re taking a look back at the original rapper…er, wrapper tonight while we talk the Universal Monster film The Mummy. 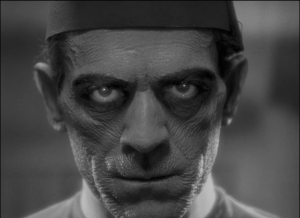 About a decade earlier, the mummified remains of the Egyptian prince Imhotep (Boris Karloff, How the Grinch Stole Christmas, Black Friday) were discovered alongside the Scroll of Thoth, an artifact supposedly capable of bringing the dead back to life. When a foolish man from the recovery expedition reads the scroll aloud, he unknowingly brings Imhotep to the land of the living, going insane in the process. Now, ten years later, Imhotep, under the guise of the Egyptian man Ardath Bey, tries to reunite with his long-dead love, reincarnated as the beautiful Helen Grosvenor (Zita Johann, The Sin of Nora Moran, Tiger Shark).

This was actually the first time I’ve ever seen this original version of The Mummy, and while I enjoyed it, I definitely felt the style over substance that I’d heard murmurs of from other colleagues. The lack of substance comes from a lot of the background regarding this movie, mostly that it was just a star vehicle for Boris Karloff, and it was screenwriter John L. Balderston (Red Planet Mars, The Prisoner of Zenda), a big fan of Egyptian culture, who infused the script with a lot of what makes The Mummy special. He also included some truly radical reincarnation sequences and other scenes that would have made the film more special but were tragically cut. 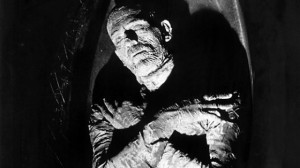 The substance issues of the film stem from the fact that, without Balderston’s style, the film would have been a near-carbon-copy of Dracula with a little Frankenstein thrown in, and it’s more obvious than usual. There’s the long-lost love of the villain who he’s trying to bring back, there’s the need to kill and drain life that’s so notable, and even both films opening with a version of Swan Lake’s music.

It had been a year since Boris Karloff played Frankenstein’s Monster, and he’d essentially been transformed in that time into a bona fide star, practically a household name, credited on the poster as Karloff. He’s really solid in the film, able to stretch his acting chops and flex more than he did as the monster.

I was less impressed with the rest of the cast with the exception of the always-wonderful Edward Van Sloan (Sealed Verdict, Betty Co-Ed). Zita Johann very publicly quarreled with director Karl Freund (Mad Love, Gift of Gab), and it’s fairly obvious she doesn’t want to be there. David Manners (The Black Cat, The Death Kiss) and Arthur Byron (20,000 Years in Sing Sing, Marie Galante) are both serviceable but also a bit unmemorable. 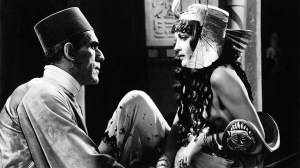 The Mummy shines because of its interesting mythology, the performance of Karloff and Van Sloan, and it’s extremely powerful atmosphere, but there are story issues and some performances just don’t make the cut. It was a good movie in the Universal Monsters pantheon, but not nearly the best.

For my review of Tod Browning’s Dracula, click here.

For my review of Lambert Hillyer’s Dracula’s Daughter, click here. 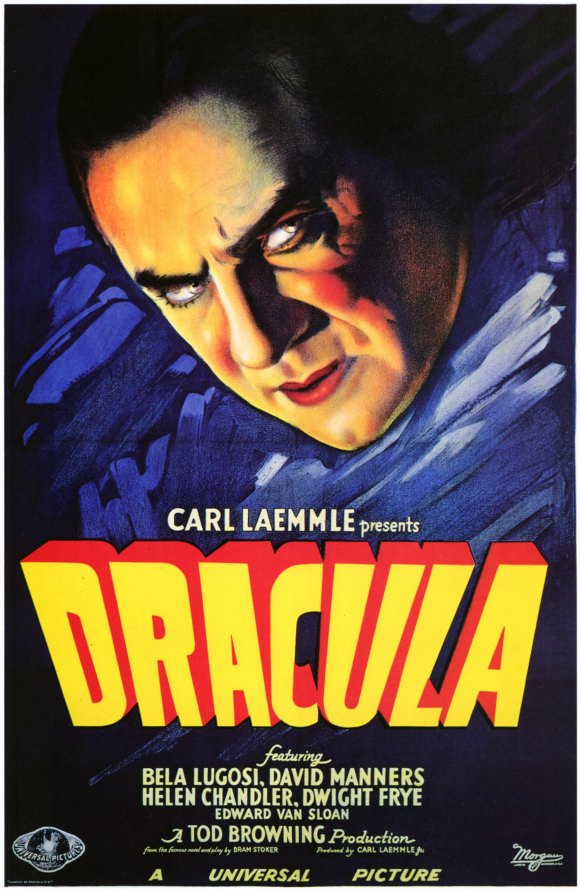 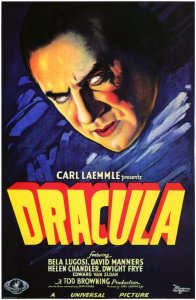 Tonight, I wanted a classic. In the most simplistic and understandable way. I chose Dracula. 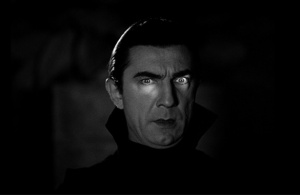 When Mr. Renfield (Dwight Frye, Frankenstein, Drums of Fu Manchu) arrives at Castle Dracula to meet the mysterious Count Dracula (Bela Lugosi, White Zombie, Bride of the Monster), he succumbs to the Count’s convincing and becomes his slave. The Count is a vampire, a demonic force who feeds on the blood of the living, and he is heading to London to live in his new home at Carfax Abbey, where he meets Mina (Helen Chandler, The Last Flight, Christopher Strong), Johnathan Harker (David Manners, The Mummy, The Black Cat), Lucy, and Doctor Seward. As the Count begins claiming new victims, the equally strange Van Helsing (Edward Van Sloan, Mission to Moscow, A Shot in the Dark) must do all he can to stop him.

Dracula is downright brilliant in so many ways. I love the lead performance from Lugosi and Van Sloan. The two play off each other so well. Dwight Frye’s work as the turned Renfield is also terrifying and unsettling even today.

Dracula continues to impress, and I suggest watching this film back-to-back with the Spanish language version (both made on the same sets at the same time). I also suggest viewing the film with the newer score from Philip Glass. Seriously, what are you doing right now? You should be watching this. 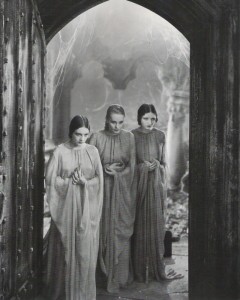 I’m sorry. I shouldn’t tell you what to do. No wait, I don’t care. See the damn movie!