111 mins. Rated PG-13 for some thematic elements and language.

Director Stephen Frears (The Queen, Florence Foster Jenkins) seems to surprise me with his films. He has regularly directed films that, on the surface, seem very boring, but when I see them, I’m often shocked at how much I’ve enjoyed them. Victoria & Abdul is another such film that seemed rather boring from what I’ve seen. But did the finished film actually work?

Victoria & Abdul is the story of a friendship between an aging Queen Victoria (Judi Dench, Notes on a Scandal, Murder on the Orient Express) and her Indian Muslim servant Abdul Karim (Ali Fazal, Furious 7, Fukrey Returns). This friendship is resented by son Bertie (Eddie Izzard, Ocean’s Thirteen, The LEGO Batman Movie) and others in England, who devise several plots to get rid of Abdul and send him back to India.

Frears’s new film suffers from the same issue that some of his previous films have: their pacing. Victoria & Abdul should’ve been tightened down by cutting around 20 minutes from the film. There is a sizable chunk in the middle that doesn’t develop either character and also doesn’t advance the narrative.

What saves the film is the central relationship between Queen Victoria & Abdul Karim. It is the scenes with these two that are so spectacularly well-acted that it makes the entire viewing experience all the more enjoyable. Dench and Fazal put in some of the best performances of 2017, hands down, and their chemistry is terrific.

On the other side of that coin, I didn’t find the supporting “antagonists” of the film to be very well-written. I didn’t really understand their motives outside of them just being mad or jealous. It just didn’t work for me and I didn’t find them interesting or compelling enough to support the narrative’s driving force.

Victoria & Abdul showcases its two leads and their central relationship, and while the “villains” were less than stellar and Frears still hasn’t solved his pacing issues, Dench and Fazal have so much infectious chemistry that it still makes the film worth it. The technical merits of the film are finely-tuned here and the story is a very enjoyable character piece. Check this one out.

For my review of Stephen Frears’s Philomena, click here.

At this point, I’ve seen each of the ten Best Picture nominees from this past year’s Academy Awards, and I will admit this: the surprise win of the year is Philomena, a delightful little film about a woman on a search to find the son she gave up decades previous and the writer looking for a story who joins her. It is a simple premise with an extraordinary path waiting to develop. Judi Dench (Skyfall, The Best Exotic Marigold Hotel) is Philomena Lee, and easily deserves the nomination she received for her performance. Her character is equal parts comedic genius and devastating regret. I recall the connection I had with this woman just watching her struggle with maintaining a positive outlook on her often dismal journey.

Steve Coogan (Alan Partridge, Despicable Me 2) is Martin Sixsmith, a disgraced writer who takes on Philomena’s life as a possible return to success. Their relationship is what makes this film so magical. The way Philomena views life and the discussions between her and Martin, I could listen to them discuss TV Guide. In fact, there is a sequence in which Philomena explains the plot of a romance novel to Martin, and I couldn’t stop giggling.

This is a film with the ability to be both the feel-good movie of the last year and the film to make you reflect on the regrets that you have made. It is thought-provoking, it is beautifully crafted by director Stephen Frears, and it is watchable. 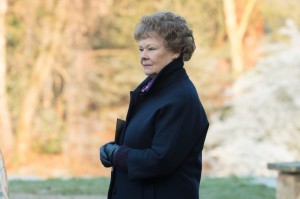 Philomena may be one of the most perfect unwatched movies of recent memory. Now why haven’t you watched it?