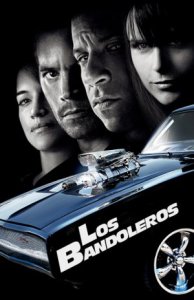 In Los Bandoleros, we see where Dominic Toretto’s life after he escapes police hands. As he ends up in the Dominican Republic, he takes a break from his life of crime to share time with some old friends as well as his love Letty (Michelle Rodriguez, Avatar, Machete Kills) before embarking on a new job: hijacking a gas tanker in the short film leading up to the events of Fast & Furious and directed by star Vin Diesel (Strays).

I wanted to like this short a lot more than I did. I still enjoyed it more than the Turbo Charged Prelude. I think that Diesel really cares about this character and this material, so I respect that he wants to stop the action and just take a character beat to learn more about his character’s sensibilities and personality before jumping headlong into Fast & Furious. The short just didn’t do it for me. It felt a bit too much like the opposite of the preceding short film, but rather than giving too much info, it gives too little. It’s an exercise in what is needed in a franchise.

I would have enjoyed a much-shortened version of this slice of life in the actual film as opposed to this short. Diesel has the capabilities to do something as a director, but it isn’t here.

For my review of Rob Cohen’s The Fast and the Furious, click here.

For my review of John Singleton’s 2 Fast 2 Furious, click here.

For my review of Justin Lin’s Fast & Furious, click here.

For my review of James Wan’s Furious 7, click here.