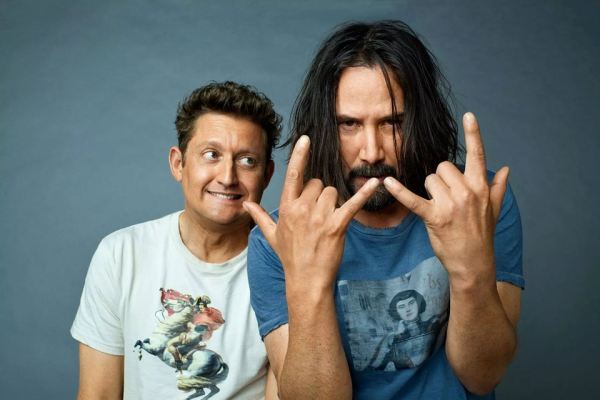 According to The Hollywood Reporter, Bill & Ted Face the Music, set to reunite the Wyld Stallyns played by Keanu Reeves and Alex Winter, is being shopped right now at Cannes. The report says that creators Chris Matheson and Ed Solomon wrote the screenplay that is being used, and that the film will be directed by Galaxy Quest’s Dean Parisot.

The film is in preproduction mode right now, and will tell the story of middle-aged Bill & Ted on another time-traveling adventure to find the greatest song ever written in order to save the universe.

All in all, I’m totally for Bill & Ted Face the Music. I think a franchise like this doesn’t have an untouchable quality to it, and why not give it another go for a trilogy capper? Especially with original creators behind the script.

Yeah, let’s do this. Reunite the Wyld Stallyns.

What do you think? Are you excited for Bill & Ted Face the Music? Which Bill & Ted film is your favorite? Let me know/Drop a comment down below!