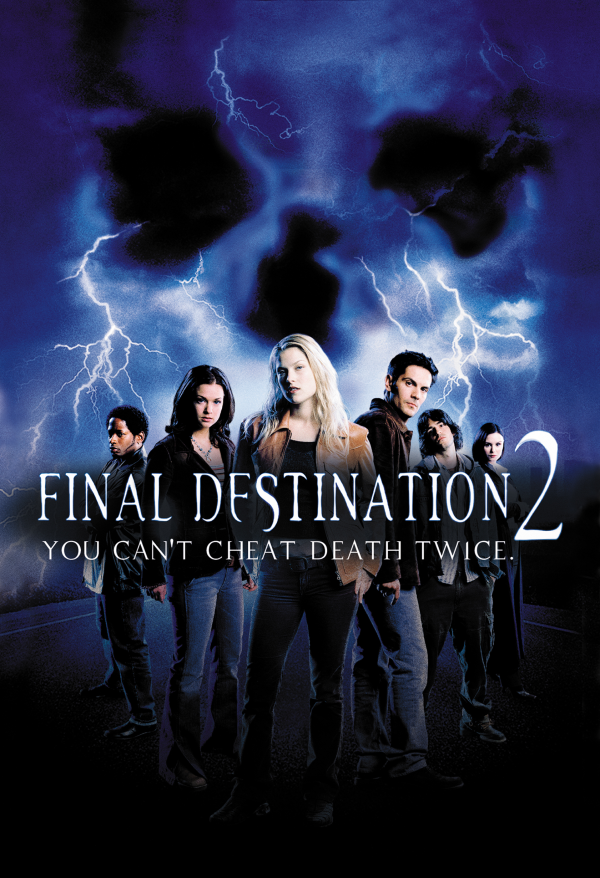 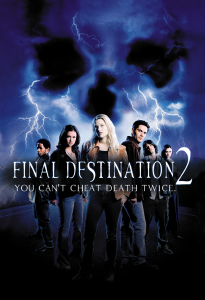 Sequels are tough. Sometimes tougher than the original. Especially when it’s the first sequel of a big franchise, which Final Destination ended up becoming. 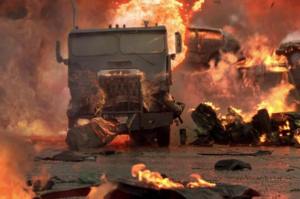 Final Destination 2 begins on the first anniversary of the explosion of Flight 180. Kimberley Corman (A.J. Cook, TV’s Criminal Minds, Mother’s Day) and her friends are heading to Florida for Spring Break, but when she has a premonition of a major traffic collision, she inadvertently saves multiple lives. Now, though, she and the survivors are dying one by one, and the only person who can help her is the lone survivor of Flight 180: Clear Rivers (Ali Larter, TV’s Heroes, Resident Evil: Afterlife), who resides in a psychiatric ward where she can be safe.

Final Destination 2 makes the fatal error of breaking the rules of the first film multiple times and insinuating that there are ways to cheat death when it regularly breaks its own rules. Death’s motives and methods change drastically in the film. The decision to bring back Larter and series regular Tony Todd (The Man From Earth, Hatchet II) were good choices, but to play with a pre-established set of rules really messes with the series.

I personally didn’t like many of these characters who came off as caricatures of normal humans. Kimberley is a nice lead and Thomas Burke (Michael Landes, Burlesque, 11-11-11), the Deputy Marshal, is a nice male lead, but most everybody else is rude, unlikable, or generally cartoonish.

Final Destination 2 definitely ratchets up the body count and style of the first film in spectacular fashion, now if only we liked the characters enough. The screenplay from J. Mackye Gruber and Eric Bress (TV’s Kyle XY, The Butterfly Effect) gives us little in terms of character development other than interesting but fizzly Rube Goldberg-esque deaths.

Final Destination 2 is a fun movie, but one that is picked apart quite easily. This movie has straight-up flaws, and most of them could be fixed by just understanding and respecting the mythology. Director David R. Ellis (Shark Night, Snakes on a Plane) would return to helm the fourth entry of this franchise to similarly misunderstood results.

For my review of James Wong’s Final Destination, click here.